Many of us develop an increasing number of moles on our faces and body as we grow older. Some of these will have been present for many years, but others may only have recently appeared. The first step is of course to make sure of this. Conversations with a trained dermatologist for laser mole removal treatment can give basic clarity on what has appeared or otherwise over the years.

Our dermatologists at Vitals Skin and Hair Clinic typically use laser and surgical methods to remove moles. The laser should be suitable for those with treated or untreated moles, including pigmented moles. The laser is able to break down pores which can lower the risk of recurrence. This will vary from patient to patient, so a 2-3 month trial can be made. Sometimes further removal is required 1 month after the initial session. Usually, the procedure can be completed in minutes, and most patients are surprised to see their mole disappear in such a short amount of time.

If your mole is superficially located and raised, removal by excision is often the best option. This is because the dermal layer of the skin is left intact to allow the wound to heal slowly. The dermal layer can be closed with sutures. The wound will recover in about 1 week. Sutures will prevent the scar from ever becoming noticeable. Small linear scars are what usually results. The advantage of this method is that recurrence is extremely rare.

Mole removal will not leave you with a massive scar. The final look will depend on several factors, and we will aim to minimize the extent, but the procedure will be fairly uniform. There is a vast majority of patients are satisfied following their laser mole removal treatment.

A mole is a dark spot or skin irregularity that can be present at birth or can begin to appear over time in different shapes and sizes. They can appear on the skin of any part of the body like the face, arms, or chest area. They may appear in groups or can be alone too. Although in most cases, moles are harmless but many people prefer to remove them by the method of laser mole removal treatment for cosmetic and other reasons like:

Laser Mole Removal Treatment Removed by any of The Following Ways:

Procedure: The mole removal surgery is performed by a Dermatologist under local anesthesia. The choice of procedure depends upon the size and location of the mole.

Excision: The dermatologist uses a scalpel to cut the mole. In almost all cases, a border surrounding the mole is also excised to ensure that the mole is completely excised. This is followed by stitching the area and applying a bandage.

Shave removal: Dermatologist shaves off the mole using a scalpel or sharp razor slightly below the level of the skin. This is followed by cautery of the area to stop any bleeding and the wound is covered by the bandage. This simple procedure is less invasive and produces a less noticeable scar.

Laser excision: Laser can be used to remove superficial moles that are not deeply penetrated. After removing the mole, it may be sent to a laboratory for histopathology if it is suspected to be cancerous.

What are possible side effects?

Although a mole can grow back, the chance of regrowth after mole removal is quite low. Although the laser treatment generally leaves a small scar, depending on the size of the mole, it can leave no scar.

When can I return to work?

Most mole removals are quick outpatient procedures, you should be able to drive yourself home from your appointment and return to work the same day.

Does it hurt to have a mole removed?

Mole removal is usually quick, outpatient procedure that has little or no pain. Our dermatologists will numb the particular area by giving a local anesthetic.

What is the cost of laser mole removal?

Costs vary depending on the number of moles removed and the type of procedure performed.

Can I remove a mole myself?

Do not attempt to remove moles. Dermatologists are trained to perform mole removals. They will do this safely and you’ll be happier with the results than if you’d tried to remove them yourself.

Can you permanently remove moles?

Moles don’t grow back after they’re removed. But you can remove them and there’s a chance that they’ll come back in the future. The chance that it’ll happen is dependent on the size of the mole and the area where it was removed. You can get moles removed at Vitals Skin and Hair Clinic. Our dermatologist will remove them more safely and effectively than anyone else.

Can I remove the mole with a laser?

Lasers are most often used to treat moles. However, there are some laser treatments that can be used to remove a mole. These lasers use special wavelengths of light to kill skin cells, which makes them safe and effective at removing moles. Our dermatologist at the vitals Skin and Hair Clinic will determine which is right for you.

Will I Have a Scar After the mole removal procedure?

When a mole has been removed, the area will typically be left with a small red mark.

What Can I Expect After the Mole Removal?

After the mole is removed, there will likely be some bruising and swelling at the site, which typically lasts for one to two weeks. In most cases, the area will then begin to heal.

How Long Will the Stitches Remain after mole removal?

After the mole removal procedure, the stitches will be in place for five to seven days.

Why Vitals for Mole Removal Treatment?

Dermatologists at Vitals are appropriately skilled and experienced to remove moles with precision. They are experts in the field of cosmetic mole removal. 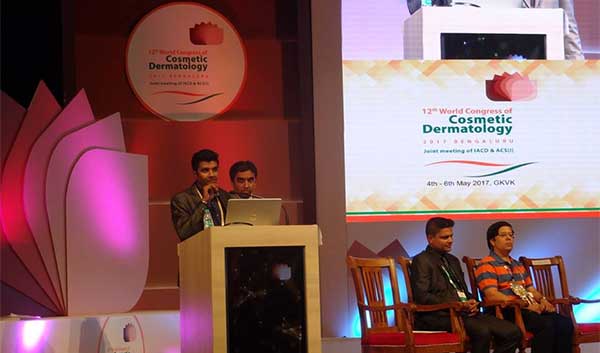